1672 SIR OTTO VON GUERICKE, German burgomaster (similar to a town mayor) of Magdeburg. Famous for the “Magdeburg experiment”, with which he proved atmospheric pressure, and entertained king and princes. Built an “electric” generating device of a globe of sulphur mounted on an axle and turned by a crank. The globe was rubbed by the dry palm of the hand, as it rotated and, after some little friction, became sufficiently electrified to attract particles. This machine was only a generator of static electricity. While experimenting with this device, he discovered that the particles after they had been attracted, would shortly thereafter be repelled. Today we know that the particles assumed a like charge to that of the sulphur ball and, when this condition occurred, the particles were repelled because “like charges repel each other”. But, unaware, the burgomaster was in fact laying the foundation for our knowledge by chasing a feather around the room with a heavy globe of sulphur in his arms. One day while in pursuit of the feather he noticed that it was repelled by a lit candle on a table, and then “flew back to the sulphur globe as a sort of guard”. Von Guericke suggested human attributes were the reason for the feather’s behaviour when, in reality, he had observed electronic emission (the basis of operation of the later to be invented electron tube or valve) without knowing it. Nearly three centuries passed before anyone learnt more about this phenomenon. Unlike Von Guericke we know what really happened to the feather was that its charge was dissipated and had its polarity changed by the electron stream emitted by the candle and, consequently, was now attracted to the globe which had repelled it before. His experiments resulted in further discoveries but, as with all pioneering work performed having little or no background, satisfactory explanations for some of the phenomena he encountered were not available. He heard and saw the tiny discharges, which resulted when he generated static electricity with his globe, but didn’t associated them with lightning and thunder. That discovery was left to Benjamin Franklin and his kite seventy years later.

1729  STEPHEN GRAY, Englishman. By experimenting with charged bodies, Gray discovered the effect and the differences of what we now know as conductors and insulators, as regards conveying or transmitting charged impulses. Also about this time, DUFAY, a Frenchman, conducted similar experiments but along more elaborate lines.

He, evidently, was familiar with Gray’s accomplishments because his work seemed to be in the line of proving or disproving Gray’s discoveries. In the course of his experiments he found that metal wires or wet objects were the best conductors, though the most difficult to electrify, while those easiest to electrify were the best insulators of his charged impulses. In fact he built a line, a quarter-mile long (400 metres), which consisted of wet thread held up by glass tubes and determined that it was an excellent means of conveying a charged impulse from one end to the other. This was probably the first transmission or electric line and so was an important discovery. About this time Dufay also laid down the basis of the vacuum tube (although he didn’t know it at the time) when he discovered that if one of two spheres was heated, a current carrying path was formed between them. 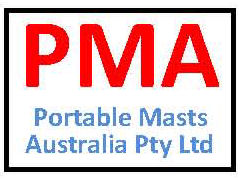 All materials contained in the site www.

clarkmasts.net.au/ are protected by copyright and shall not be used for any purpose other than private, non-commercial viewing purposes. Derivative works and other unauthorized copying or use of stills, audio and video footage are expressly prohibited.